“Surfing has given me everything” Pablo Gutiérrez 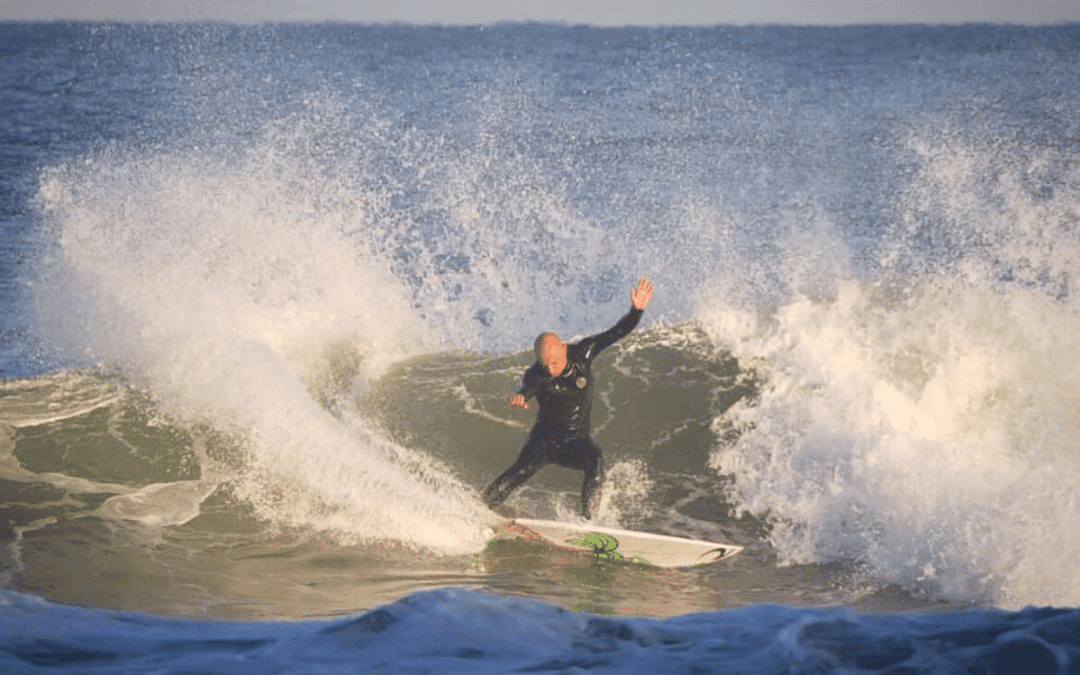 Interview to Pablo Gutiérrez “The Matador”

Pablo Gutierrez. Santander, Spain 1981. Ex-professional surfer, also known as “el matador”(the matador) and current director of Rip Curl in the Iberia area. Coming from a normal family, surfing became his passion after having asthmatic problems that made it impossible for him to play football, which was his favorite sport.

In the beginning, he started with his older brother, Pedro, to catch waves with a beach board. From that moment, they both started surfing and there was no turning back. Currently, he is a former European champion and one of the biggest references in Cantabria and he has a star in the “Paseo de las Estrellas del Surf” (Surfing Stars Walk) in Spain where he is recognized for all the merits achieved.

We talked about your daily life

** Where did the name Matador come from? What is the reason for this nickname, which at first sight is surprising, but at a competitive level it even enhances your name? **
Well, my French coach of the Rip Curl team (Gilles Darque) always told me since I was a kid “to kill the waves” like the bullfighters… and in 2001 when I became European champion in Hossegor (France) against 3 Frenchmen in the final I dedicated the victory to him with the flag and the French press the next day gave me the nickname “El Matador arrives in France…”.

** What is your opinion about surfing? How would you describe it? **
Surfing has given me everything, without this wonderful sport I would surely not have everything I have now that it is: a beautiful surfing family, incredible friends, unforgettable experiences, a dream of being a professional that nowadays it is realized and now a great job in the brand that has been supporting me since 93.

** Have you found it difficult to combine work and family with surfing over the years? **
When I was young I managed it very well with my parents… later with my partner Paula during my time on the world tour she was my best support, always by my side encouraging me to fulfill my dream, but it is true that when my first son was born and I almost didn’t see him for the first few months I realized that I had to stop this crazy adventure of traveling and that’s why in 2011 I retired at the top to focus on my family and my future job out of the water.

** Do you admire any particular surfer? **
I admire Mick Fanning, I have lived a lot with him in many Rip Curl trips and I know he is a great person, very human, who has overcome very hard moments, but always with humility and work to achieve his goals… Besides, is one of my top 3 favorite surfers along with Curren and Slater.
I also admire a lot Bethany Hamilton, the greatest example of overcoming and fighting against a drastic change in life…in moments like these, she makes us reflect.

**What has been the most difficult maneuver for you? **
The aerials because in my time they took more the strong carvings, snaps (“to take out water”) … but the new generation surprised by the aerials and I had to wake up to be able to pass the heats or to have good photos in the magazines.

** Why did you retire from surfing at the professional level? **
I retired because I felt fulfilled, happy and because I knew that I would no longer enter into the WCT (World Championship Tour). So, in 2011 being an European Champion, with a son and a new job very motivating, I decided to change my mind and leave my space and sponsorship “Budget” to the new generation.

“Asturias is well known among surfers”

** With all the championships you have participated in, which one has been the most special for you? **
They have all been very special indeed, but if I had to choose, I’d say:
1: My first Pipe Master Trials the heat with Machado. I was the first Spanish to compete in this event and I felt very fulfilled and happy.
2º: In 2011, I decided to retire, but before that, I wanted to go again to the European Championship… after three months without surfing because of work, I got there and became European Open Champion again. It was such a perfect and unforgettable retirement.

** With so many competitions you must have traveled a lot. What have been the posts that have amazed you outside Spain? **
Pipeline and Sunset freaked me out “the triple crown next to Haleiwa” it was the time of year I liked the most, I felt super comfortable…
Also, without a doubt Mentawaii “Hollow three” with that epic session with my friends from the tour.
Finally, Teahupo, that wave is unique and special in the middle of the sea with some amazing barrels and incredible people.

** In Spain, have you ever surfed in Asturias? If so, what do you like most about our “tierrina” apart from the waves? (laughs) What is the best memory you have of it? **
Asturias is well known among surfers. Tapia de Casariego that we all loved, Rodiles that is one of the best waves in Europe and then the people are wonderful, I have many friends and I always love to go to Asturias to surf, laugh and eat a good cachopo[1] (laughs).

** How can a surfer get along in the water when there is sometimes a risk of attack by sharks? Because in Asturias we are located at the Cantabric sea and the sharks here are not dangerous.**
The truth is that when you travel you know that there are sharks but there is also their marine fauna that feeds them… you must have very bad luck to have an attack in the sea… I am more afraid to get on a motorbike or go fast with the car, I can assure you!

** Have you ever seen a surfer commit an irregularity while surfing? If you have seen it, do you think it’s because of ignorance or intentionality? Give us some advice to follow. **
We have all committed irregularities when learning but with the advice of the surfing community, you learn. Besides, nowadays there are very professional schools that teach new surfers very well how to surf but also how to respect the rules of surfing, the tides, etc.

“It’s time for the new matadors!”

** Do you think that the national representation in this sport has been improving over the years? How do you see this in the future? **
Currently, there is a very high level of national juniors, especially those under 16 years old. If the economic situation improves and there are budgets again, it will probably improve our golden generation in which there were many Spanish among the best in Europe and also doing the world tour.

** What has it meant to you that surfing is now considered an Olympic sport? A pity that it was not given a few years ago so you could go to this competition or the next year will you give us a surprise? (laughs) **
I think it’s a good thing that surfing is currently an Olympic sport. I certainly would have liked to have participated in the Olympic Games, but I am proud to have been part of the growth of professional surfing and to see young people now trying to win Olympic medals or diplomas.
Regarding my surprise, I can tell you that it is impossible (laughs), I prefer to watch it from home or go and see it live one day. It’s time for the new Matadores!

** Do you think that spots like Skeleton Bay, characterized by its extensive barrels that can be made, could disappear if we do not seriously rethink the pollution that is taking place today, or is it a natural phenomenon? **
Clearly it is a pity to see that by pollution, melting ice, rising sea levels, construction of harbours, hotel areas, etc. we are destroying paradisiacal places. We hope that the human being reacts soon and that together we manage to stop this tendency and to take care of nature again so that we are more sustainable and to prepare a better world for the new generations.

** How have you taken this quarantine, it has affected you a lot at work and, above all, without being able to do what you like best, surfing? **
No doubt this pandemic has caught us all off guard… I think it has made us all think about the important things, consumption, sustainability, supporting science, and our essential services more.

** Finally, how do you see that surf hotels like Gijon Surf Hostel have been allowed to open with a maximum capacity of 30% (although this figure may vary) and taking the corresponding security measures? Do you see it positive? **
It’s good that the economy is back on track, but with a lot of tact and security so we do not fall back… I think it is very important that people have a conscience and respect the safety rules with their masks, gloves, gels, confinement, etc. because this is not a sprint to see who starts first, it is more a long distance race and we must control ourselves to be well now, but more important to arrive healthy to the finish line.

Thank you so much for being able to interview you. It was a pleasure. Would you like to transmit some advice to those people who have never practiced surfing or who have little experience in this sport?

That they surf whenever they can,  from all the sessions they will learn and get positive things, that they must respect safety rules, they have to be humble in the water, they must travel in search of new waves and without a doubt that they support their local surf shops in order not to lose where EVERYTHING BEGINS!!